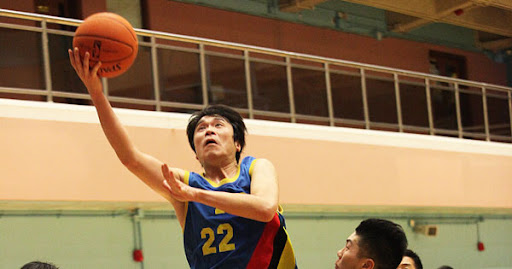 B.O.B. continued to hit the opponent with their size and beat H.F.C. 34-30 on Sunday for a second victory.

Down by seven points going into the final period, Tabo Chak made the first basket in that span from deep but Hoi Lee’s basket put the lead back to six points. Nikko Kwok score the team’s next four points which cut the deficit to only two late in the middle of the period and both team struggle to made a goal for a couple of possessions.

Later, with the size advantage and sound passing, B.O.B. regain a six-point cushion as Hoi added two more baskets after Alex Ho made one.

Tabo had two more free throws and Shawn Man hit another but the three more points were not enough for H.F.C. to recover.

The game was close through out the first half.

Ben Yu and Tabo score the game’s first two baskets when the game was 4-0, before Hoi Lee scored five points in the 6-1 spurt and took an 8-5 lead.

Being the biggest player on the team, Nikko single-handedly carried the team in the second period against B.O.B., a team with multiple players with similar size as the H.F.C. centre.

Nikko pushed hard to the basket to get calls, and he made four free throws without a miss and had all the team’s six points that match the opponent’s total.

Nikko got his third foul in the third period and spent extended period of time on the bench when B.O.B. had a run.

Kevin Yan capped a 7-0 run with his four points and the lead was extended to 21-13 when H.F.C. failed to find a way to put the ball to the basket yet.

Shawn made a long basket which cut the deficit at 16-21, but B.O.B. score the game’s next six points while only allowed one free throw basket and spread the lead in double digit at 27-17. With the previous try rimmed out, Ben swished a trey finally and H.F.C. still had to face a 7-point gap with ten more minutes to play.

Tabo and Nikko each scored 10 points and eight rebounds.

Hoi Lee scored a double-double with 18 and 13. Kevin added six points but no other team-mates scored more than three.

H.F.C. will meet Trojans on Feb 27. The two teams split the last four match-ups and they last met in 2009 3rd-Place Game when Trojans took a 39-23 victory where Tabo did not play.