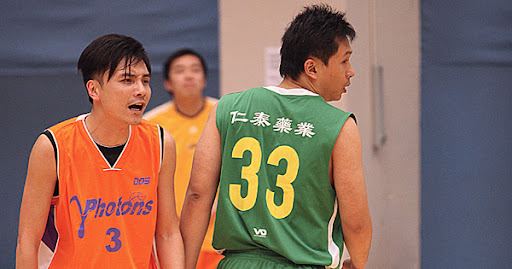 The schedule on Sunday is loose, but not a day for SAMURAI to feel loose. On the other hand, Photons may not worry if they can advance, but they should concern the final standings in play-offs.

SAMURAI was listed as home team because they have a better result and was the better team in S.B.L. 2010, just that was about last year.

With the addition of key players in Dickson Chau and Jefferson Tong, the new-look SAMURAI has yet to win a game in three tries. Moreover, two of the three teams that beat them were defeated by (and the other has yet to meet), SOUTHORN Tigers.

Meanwhile, Tigers is off from a tough loss by 19 points against a team (GRIZZ) that they have yet to beat. They are going to face the same thing again since they were also 0-3 against SAMURAI in the Southorn Basketball League.

H.F.C. needed an extra period to beat Photons last year but Photons have added a couple of new faces since the Southorn Basketball Flag and is stronger than what they faced.

While the result will not affect very much both teams’ chance to advance, the focus of the game may be something beyond the game itself.

Tabo Chak (#92) has totalled 491 points and the 500-point mark is within striking distance now.