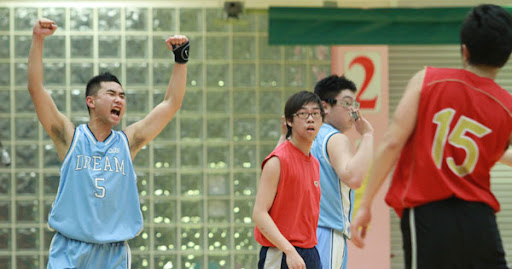 FORCE Division leading B.O.B. stay hot and remain unbeaten, GRIZZ improved to 4-1 and G.T. Explorers continue to fall. However, the most exciting game was the nail-biter between Dream Team and Chung Sing as the last game on March 27.

Sui Yin Chan (#6) scored 15 points and nine boards and Chun Hong Tsoi (#11, Kevin) hit all his eight free throws en route for 13 points that helped Dream Team to outlast Chung Sing in an overtime victory. Tsz Chiu Chim (#7) had only one point in the first forty minutes but scored six points in the crucial extra time and Dream Team maintained a chance to top the division after this win.

Despite shooting only 3-for-15 from the field, Lok Ming Sin (#3) managed to get 12 points (and four steals) for Chung Sing. Wai Yip Mok (#10) had 11 points and seven boards but Chung Sing failed keep the lead for another game and lost in overtime for a second straight game. 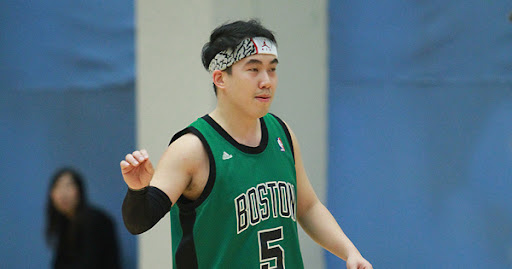 Jerry Lee (#5 in this game) matched his personal best with five three-point shots in a single game and topped the league-high (22 points, also by him) this year with 24, which also tied his own record. The defending Champion is now 2-2 and they win alternate games in four times. They will face the unbeaten B.O.B. in their next game on April 17.

After reaching ten and eleven points in each of the first two periods, the Explorers (0-4) only scored ten combined points in the second half. Kim Chau (#40) scored 15 points including three 3-point field goals and Kit Cheng (#86) added 11 points for the team, which is on its way out of the play-off picture if they lose again. 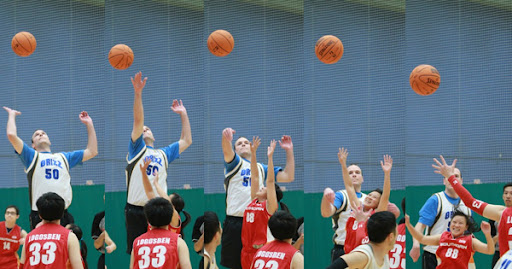 Roger Mahmud (#32) filled the box-score with 14 points, 13 rebounds, four steals, three assists and a blocked shots. Tony Chow (#11) and Leo Chow (#11) each scored 10 points and Ryan Murphy (#50), the tallest player of the league, had nine rebounds for GRIZZ, who improved to 4-1 and almost clinched the first rank of the division. One more win by them will confirm its first place as they will win tie-break against any other team possible for a tying record. Dream Team and SOUTHORN Tigers, both lost to GRIZZ, are the only other team with only one loss in the mean time.

Ben Cheng (#34) led Tigers by 11 points and shot 4-on-5 from the field in first half before missing all six shots in the third period. Benny Wong (#7) managed ten points and four boards, tied a personal best five dimes but was out-of-sync otherwise. The leading scorer of Tigers missed 14 of his 17 shots on Sunday and committed six turnovers after taking over the point-man role when both Patrick Tse (#8) and Wilson Chow (#9) missed the game. Cindy Lee (#17) made her first three-point shot in the final period. 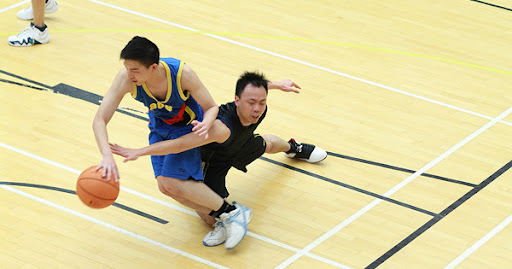 Ming Yee Fong scored 11 points and  Alex Ho (#96) added eight points for B.O.B. who edged MA YING in their 4th game in the League and remained unbeaten. One more win (or one more loss by H.F.C.) could confirm a top place for the new team in FORCE Division.

Meanwhile, MA YING (2-3) only got six players dressed and could not keep up with the opponent’s depth. Otto Chan (#2) had a game-high 14 points but none of his team-mates could reach for more than five. After a promising victory over the defending champion Trojans in the season début, the first runner-up team in 2010 could only beat Explorers and was 1-3 since then. It marked the first time MA YING lost two games in a row since they joined S.B.L. last year.