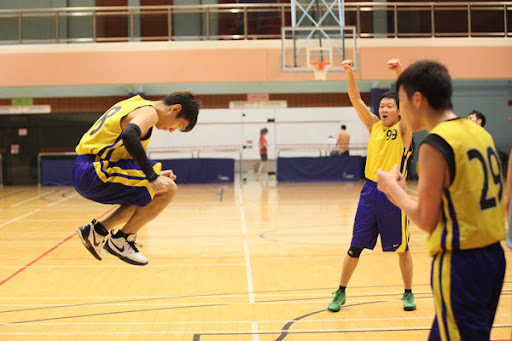 LA Star gave Dream Team a six-point deficit but the 2011 2nd Runner-Up scored 18 points in the third period and escaped from a late rally for its 5th win.

Down by 16-11 in the second period, LA Star made a run while Dream Team failed to score until early third period.

It was perhaps a result of LA Star not knowing the GRIZZ-SAMURAI result when their own game begins.

Jim Lung (LAS #99) made a jumper after his team-mate’s basket from Chung Hon Sun (#29), and Siu Keung (LAS #18) scored the team’s next five points including a three-point play, Alen Yu (LAS #10) added two more points that helped LA Star to finish the first half with a 20-16 lead.  Jim’s jumper in the third period only extended the lead to six and capped this 11-to-nothing run.

If the half-time break was included, Dream Team did not score for more than 10 minutes since then.

The best time of the season might have come for LA Star, and was then gone.

It is hard to think of a scoring drought by Dream Team, the league’s highest scoring team, and they will not let it continue anyway.

Long story short, all the points by Dream Team in the third period are themselves a 18-3 run.

In that span, Chun Hong Tsoi (DRE #11, Kevin) was 5-for-6 from the field including two-for-three from beyond the arc. Helped by Ka Wai Chiu (#4), starting centre Tsz Chiu Chim (#7) and Seung Lung Chin (#3, Leo) each with two points, Dream Team turned a six-point deficit to nine-point lead.

When Dream Team was looking like to blow the game out against LA Star, the new team this season with only one victory, LA Star started their improbable come-back.

After Dream Team’s scoring spurt, Chung Hon Sun made two free throws and William Hui (LAS #9) added a three-pointer to end a 7-0 run which cut the deficit to only two.

With plenty of time left to play, Dream Team used its own 8-to-null spurt which looked to have put the game away with a ten-point lead with a less than three-minutes left.

When the game was on the line, Huey Lin (LAs #14) hit two three-pointers and William added one more for a 9-2 run and the new team was down by only three down the stretch.

William was sent to the line with 19 seconds left, but with a chance to tie the game, he missed all three foul shots. LA Star got the rebound of the last miss, Siu Keung was fouled and he split a pair of free-throw when LA Star still down by 42-44.

Tsz Chiu Chim sealed the win with two more free throws and Dream Team won its 5th but lose the tie-breaker and a first place in Division to GRIZZ, who got a win earlier on the same day.

Kevin’s 17 points is a season-high.