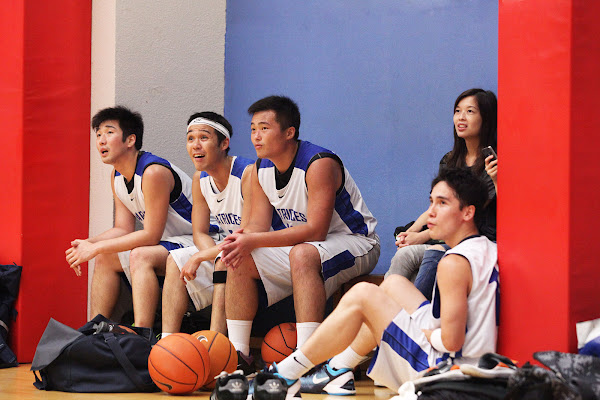 Two-time winner* Matrices got an easy start in the tournament, poured 60 points right at the start of this series against SOUTHORN Tigers and the 60-33 win will let Matrices to face SAMURAI in the next round. Matrices’s start was not looking easy in the first period, when they once were behind 5-11 for a slow start. But their youth and athleticism provides threat that the veteran Tigers could not overcome. Cheung Yan Ho (MAT #21) poured 19 points and seven boards, Maxwell Yim (MAT #10) add 12 points. Playing against the youngest player in the game, the 39-year-old Wilson Chow (SOU #9) had a team-high eight points but was 1-5 from the line, where the whole team missed eight of the nine free throws.

The reigning champion MA YING is not composed by all the same roster of the champion team but they did look like the better team for one period, and is still having a slight advantage when they lead 14-11 at half time. However, the short-handed reigning SBL champion could not stay in the game at all in the second half. Patrick Lai (SAM#2) and Dickson Chau (SAM #7) each scored 12 for SAMURAI, who turned the ball over only seven times to 16 by their opponent. Centre Danny Ho had eight point for MA YING.

Photons beat Avengers with an even better effort than their championship game in Southorn Basketball League just a month ago and defeated the new team formed by former Trojans on Sunday. (Our statistician is settling some player information about the new team and the box score for this game will be updated as soon as possible).

Ryders had the size that Dream Team has never had enough and this advantage helped Ryders to stay in a close fight throughout the first half. A basket by Sin Ka Kei (RYD#4) put Ryders up by one point at the beginning of the second half but the lack of depth could not help against the younger and quicker Dream Team. Ryders’ sixth player only arrived court after half time and check-in late in the third period. Sin had a game high 17 points while another number four in the game Chiu Ka Wai (DRE #4) led all Dream Team with 16.

* The first time winner of Flag in 2010 is Wild Six which later re-formed as Matrices in 2011 when they win it all again.