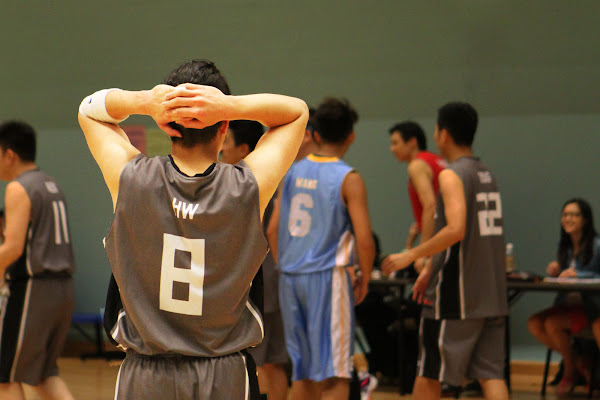 Avengers beat Photons 43-41 at Sheung Wan Sports Centre to stay alive in loser bracket and will face Dream Team on Aug 26 to fight back to Final.

Avengers face Photons again in the loser bracket after a 19-41 loss in the first round and avenged this time by a two-point victory that put them to next round.

Cheuk See Ho (AVN #10) did not have another 20-rebound effort, but his 16-7-2 performance still out-matched every players on the floor from either side.

Harris Wong (PHO #8) and Lui Fat Wai (PHO #15) each added nine points for Photons, which were behind 18-8 after the end of first period. Jason Tong (PHO #5) scored his lone basket in the period to cut it 8-10 but Avenger’s 8-to-zero spurt following gave them a double digit cushion.

Lui made all his three free throws which cut the deficit to 19-22, Anfernee Yung (AVN #1) made both free throws and a basket as Avengers still took a 5-point lead into the break.

Photons could get as close as three-points but never beyond that in the third period, and Avengers kept this narrow margin entering the final period. Henry Hon (PHO #2) made a basket as the game was tied 41-all but the two points from Jerry Lee (AVN #9) became the final score of this game as Avengers completed the avenge and advance.

This second loss ended Photon’s summer series and captain Harris can focus on his more important fixture next month.

Bernard Sin‘s (RYD #4) continue to be the force and his double-double (11-13) lifted Ryders to beat SOUTHORN Tigers 32-30 on the same day and gained their first ever victory since joining Southorn Basketball League this season.