MAY Edged PHO in Final Re-Match 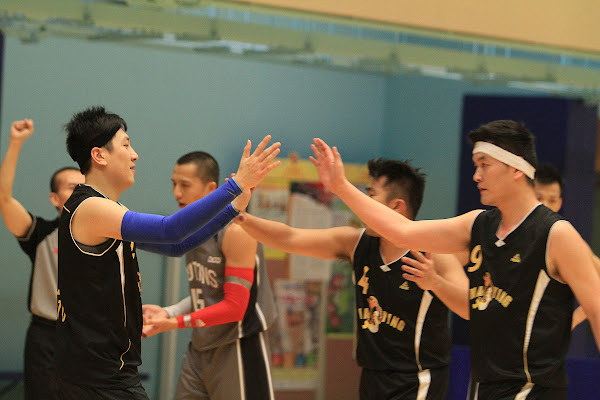 Mok made a three-pointer in the first period of a 5-2 lead before Harris put on a show by a five-to-nothing run of his own that turned the three-point deficit to a two-point lead. After Otto’s basket tie the game at 7-all, Harris broke it by his own three-point field goal and Tsui Ming Yan (#10) added two more for a 12-7 lead.

Harris’ basket in the second period put Photons up by four, but MA YING used a 7-0 run, capped by four free throws from Mok and Otto, as MA YING re-gain a three-point lead. Terence Lui (PHO #11) tie the game at 17-all before half time.

MA YING was back to champion form after the slow first half  after the break, as five different players scored during a 10-2 spurt for a 27-21 advantage in the middle of the third period.

Li Man Pan Albert (#25) continued his shooting slump in his second game. After shooting only 2-for-18 in the season’s debut, he missed his first eight shots and only made his first basket late in the third period that stopped the scoring drought of his team but was still down 21-27.

Albert made his only other basket (2-for-13 in the night) in the game in the 4th which tied it at 29-all, before Harris scored on a running layup that take a lead first time in second half with minutes left to play. But after Albert missed a three that would have stretch the lead to five, Lau Siu Tung (MAY #10) tie the game at 31-all and Mok drove to the hoops and scored on a fast-break and was sent to the line by Terence with just 30 more seconds left.

Mok could not finish the three-point play but Photons failed to defend the rebound and was still down two points in the final possession. Former Photons Ivan Shiu (MAY #4) scored under the rim for the final four-point lead as MA YING handed Photons a second straight loss at Sheung Wan Sports Centre on Michael Jordan’s birthday.

Both teams made only half of their free throws. While MA YING was 10-for-20 at the line, Photons only got one player with free throws, where Harris was 3-for-6.

Harris joined Tsui Ming Yan and Ivan Shiu as the third Photons player to have three double-doubles. Ivan tied a league record with five double-doubles, he had three of them when he plays for Photons.