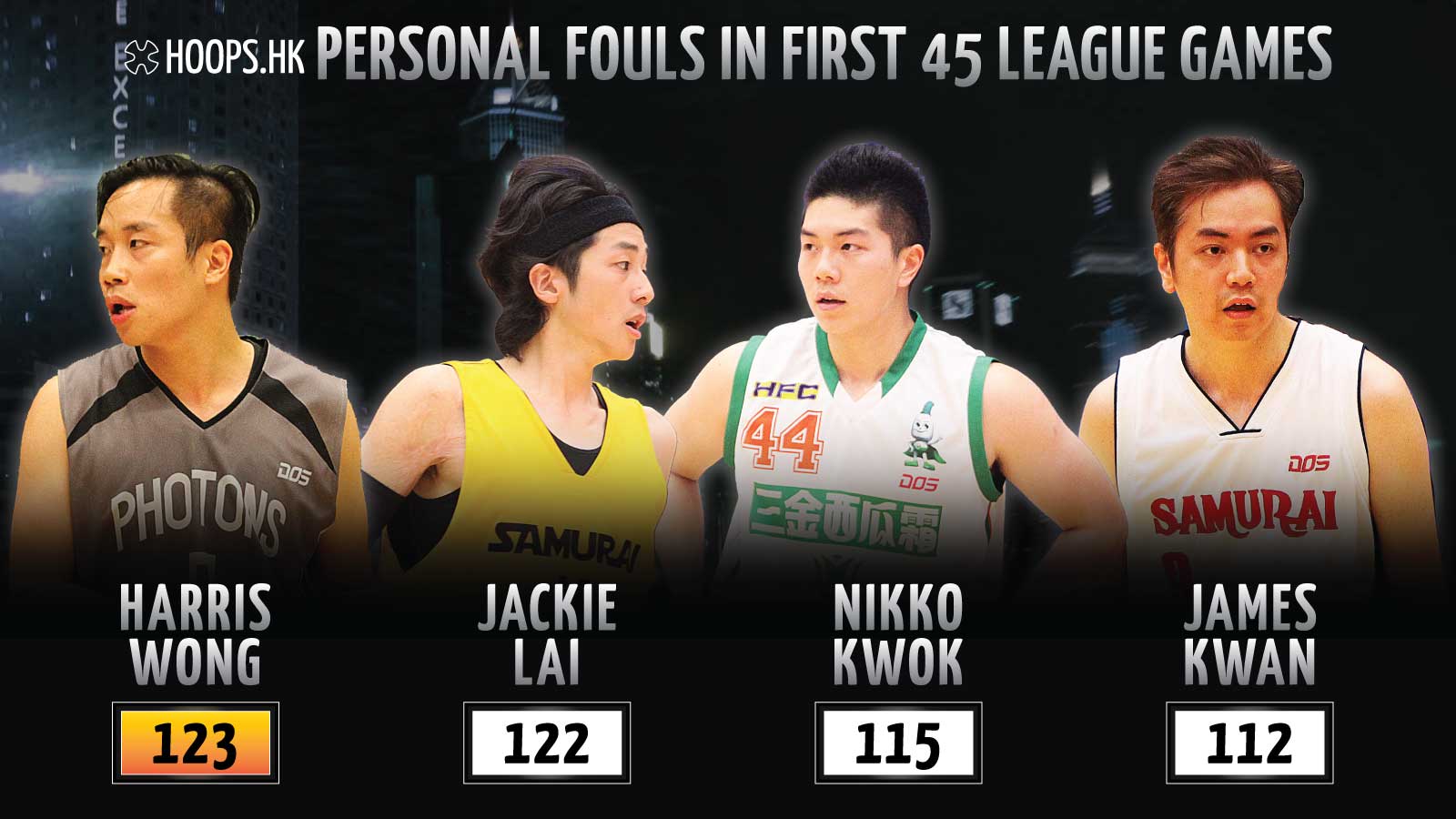 Inspired by the notes about Stephen Curry’s outstanding 3-point shooting performance by the means of first 245 games, here we have a special edition of “Personal Fouls In First 45 Games“.

(By the way, Stephen Curry is only nine three-point baskets away from record) 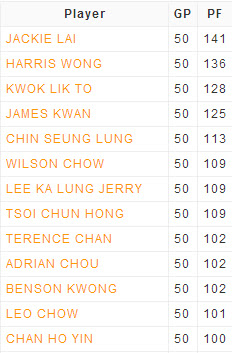 James Kwan (SAM #16 or #9?) just played his 45th game of Southorn Basketball League on March 10 and he recorded one foul (plus one assist and nothing else). This marked his 112th foul and he is 4th on the all-time foul list.

In a span of 50 games including Flag and O4 (Nikko played exactly only 50 overall games), the top four names are the same while Jackie and Harris swapped place at the top with 141 and 136 respectively.

The two Leos, Chin Seung Lung (DRE #3) and Leo Chow (GRI #7) are the only players among the list of 100 fouls in first 50 games that typically play at guard only . Leo Chow, who has played a series-high 65 League games, is having 143 total fouls in Southorn Basketball League.

Besides, Harris is also leading all players by a total number of eight times of foul-out. If only SBL games are counted, yeah, he has one foul-out less at 7.