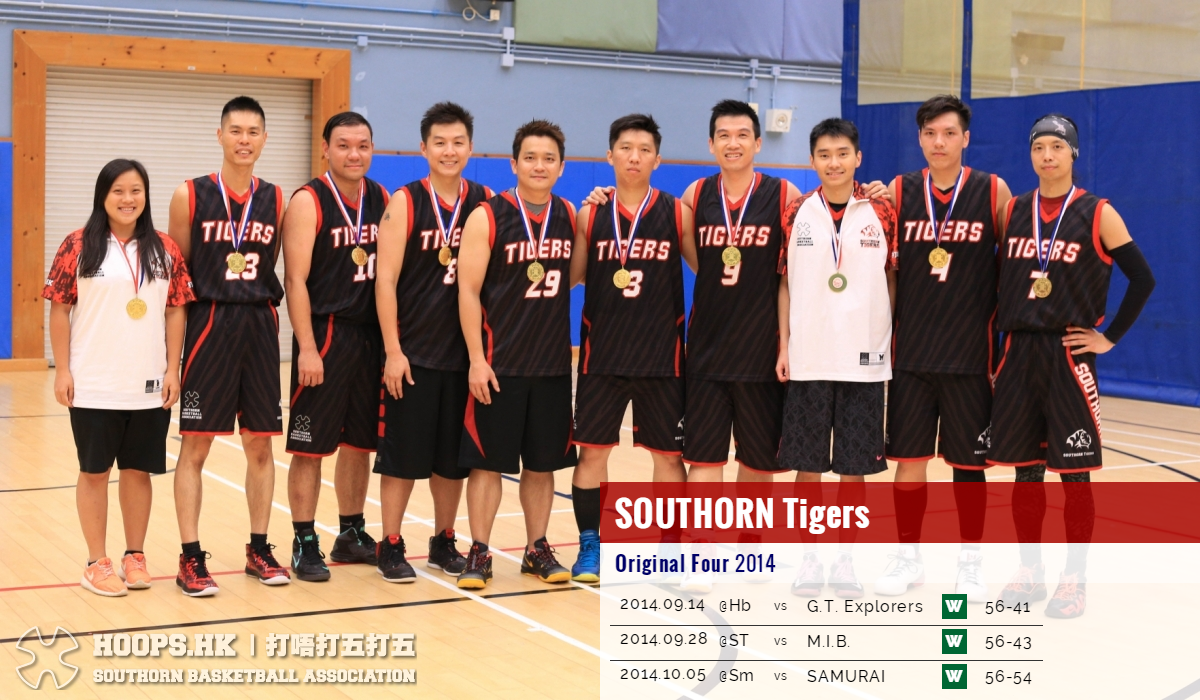 SOUTHORN Tigers escaped from being losing a single game by a two-point victory against SAMURAI on the third day of Original Four 2014, become the winner this year. 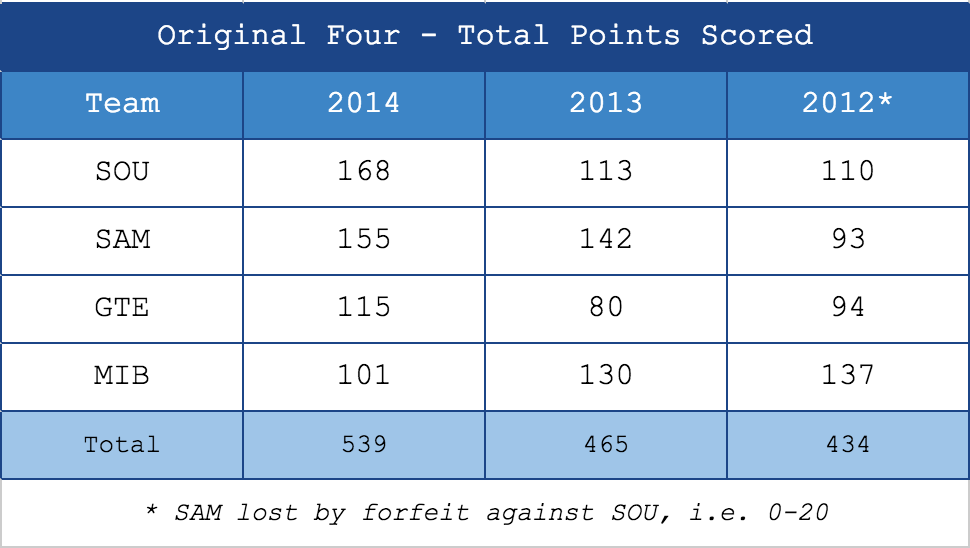 The Tigers scored exactly 56 points in all three games en route to 168 points in total. SAMURAI followed closely by 155 and with G.T. Explorers and M.I.B. having 115 and 101 respectively, it marks the first time all four teams to have 100+ points through three games. 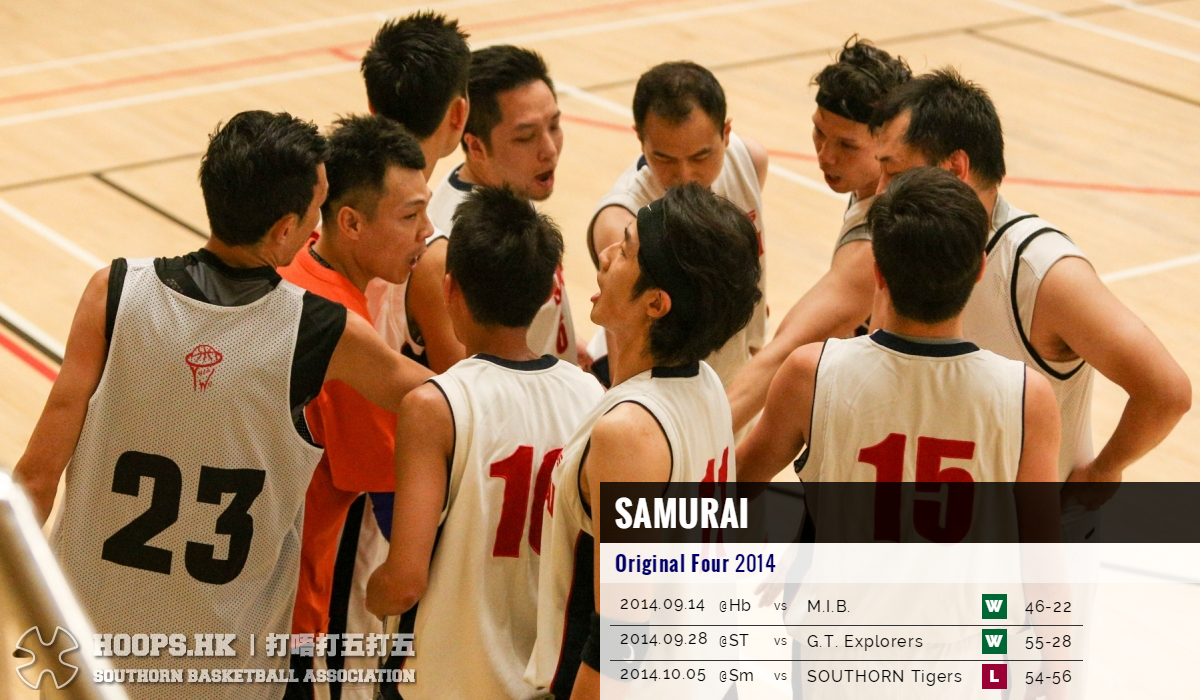 The winner last year started this with a 24-point victory over M.I.B., and topped it by a 27-point win in the next game when they beat GTE 55-28. They scored 50+ points again to conclude the series but the two-point final minute loss to SOU leave the white team as the second best. Mark Au (SAM #34) had 17 points, a single-game team best, in the last game and totaled 27 points, Michael Chan (SAM #12) scored at least 12 points in all games. Michael and Jackie Lai (SAM #11) has scored, rebound, assist and steal in each of the games they played. 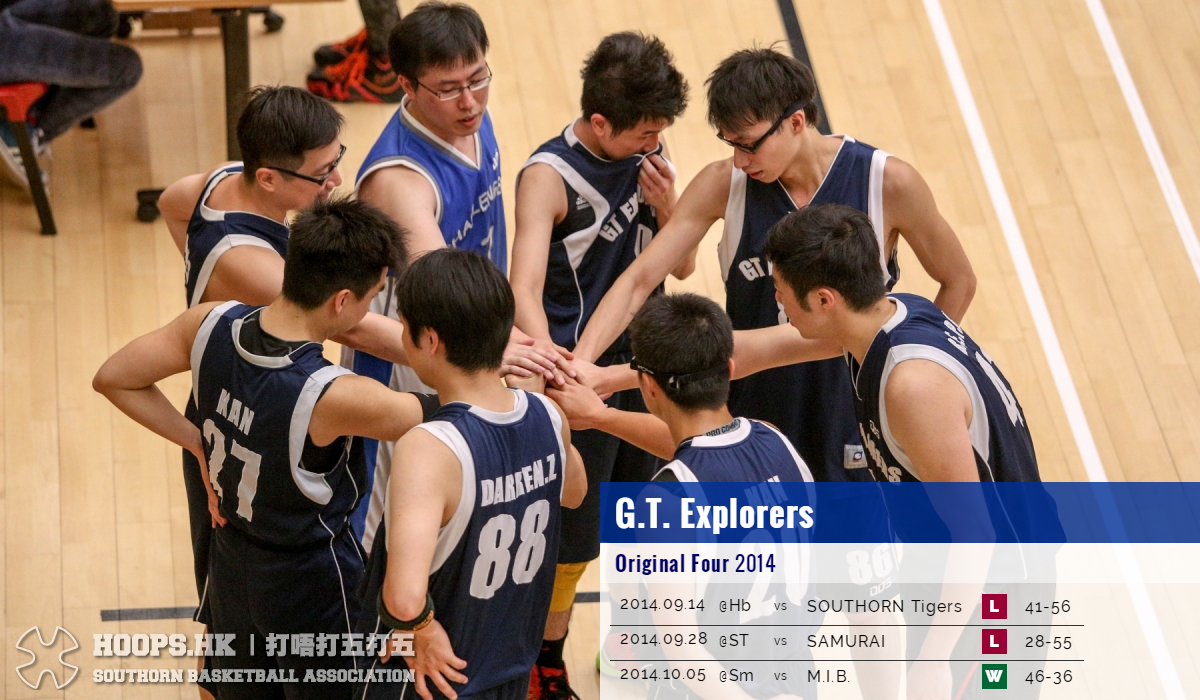 Kit Cheng (GTE #86) is the only player in the series to have two games with double-figures rebounds and lead all players with also two double-doubles. After a scoreless outing agains SAM, Roy Kwok (GTE #27) was perfect from the line in the 46-36 victory against MIB for a team-high 14 points. Kim Chau (GTE #40) scored ten points per game but was only 1-11 from beyond the arc in three games, when he attempted 44 field goals. 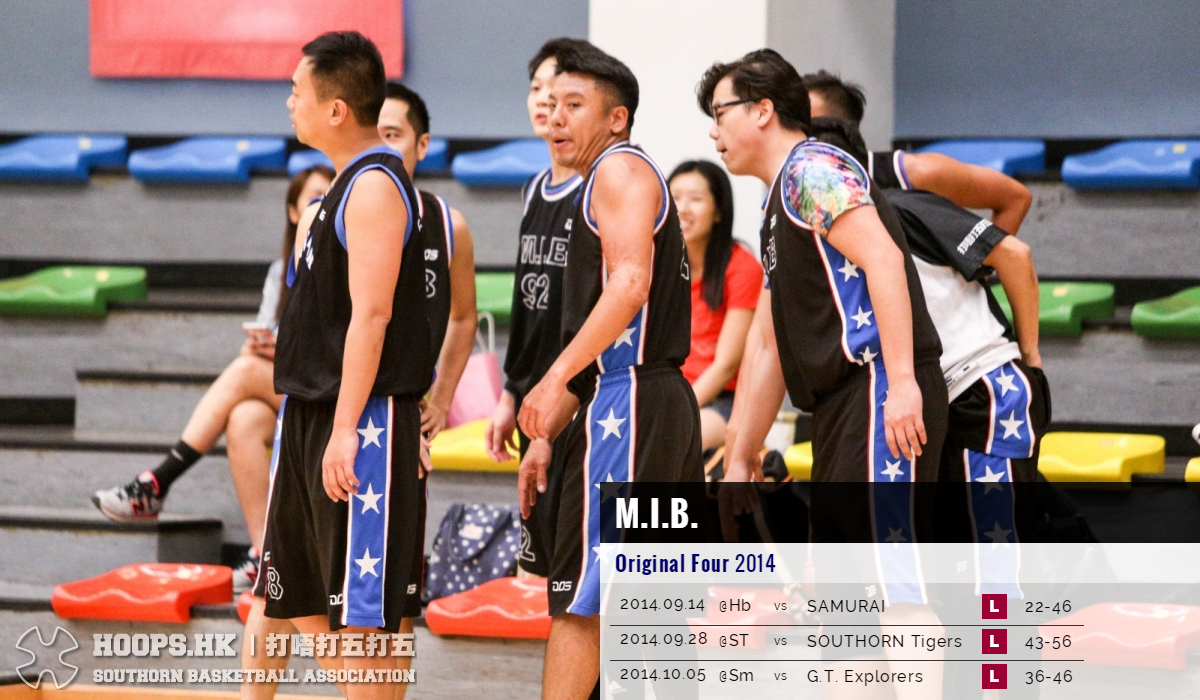 This paragraph is about one player only… Dickson Chau (MIB #92) continues to be the bright spot whenever he puts on uniform and team with Gilbert Fu (MIB #12). And he always has his best game against Tigers, as he scored 20 points against them this year despite losing 43-56. He is the only O4 player averaged over 20 points against SOU in three different O4 years. Also, he is one point shy of reaching 200 points in Original Four but already the all-time leader in 18 games with a comfortable 36 points to the second place.