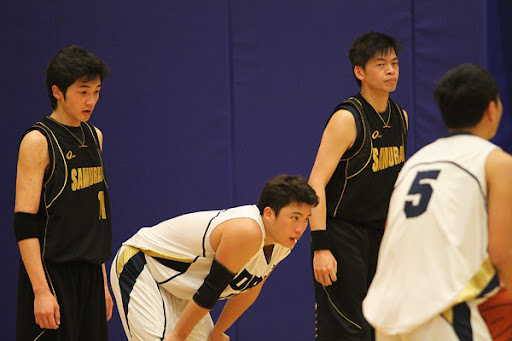 While two unbeaten teams will square off, two win-less teams are playing on February 27 at Shek Tong Tsui Sports Centre.

Both teams joined Southorn Basketball League in the same year and has long been facing each other. H.F.C. won the in their first and third meeting while Trojans took the second and fourth, and since they were in different division last year, the teams last played in 2009 in a Third-Place game when Trojans beat H.F.C. 39-23.

Tabo Chak is now 22 points from reaching 500 points totalled in the League.

D.S.F. almost lost to the young squad last year, and that crucial victory kept D.S.F. in play-offs. Chung Sing can avenge the loss this time and will send D.S.F. to a third-straight loss should they succeed.

Now that Photons beat MA YING once, and B.O.B. handed H.F.C. a loss, the two unbeaten team in FORCE Division will square off and see who can top the ranking.

Coming off two losses, SAMURAI looks to re-group to fight for a first victory this season. However, their first chance come when they have to face Dream Team, the 2nd Runner-Up last season who scored 19 points in the 4th period again them last year.