The lottery for Southorn Basketball Flag 2011 was done between the two SBL Semi-Finals (as shown in above video). Eight teams, seven current SBL teams plus a new team will be playing in the summer time this year and the bracket is set as shown in the picture below.

The first round will be held at Shek Tong Tsui Sports Centre on July 3 from 16:00, followed by the second round and loser bracket one week later at the same venue from 18:00. 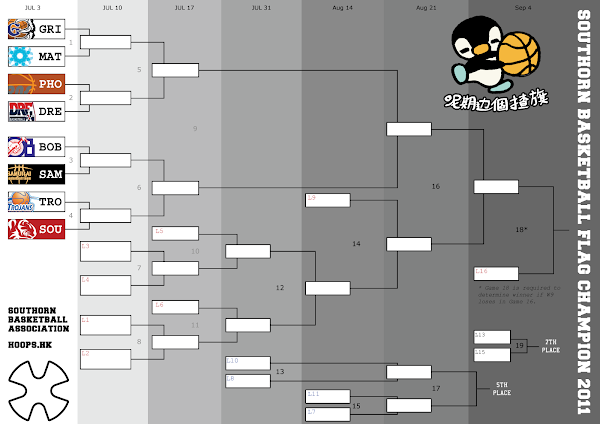