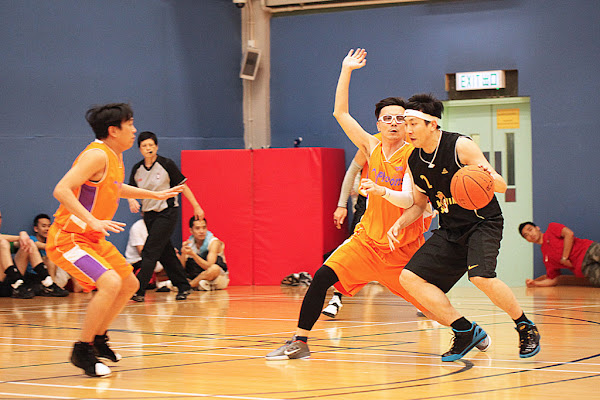 Otto Chan (MAy #2) swished a jumper at the buzzer and help MA YING to third only its third time this year but took a victory from the unbeaten Photons on Sunday.

Mok Chung Ming (MAY #11) scored a game-high 15 points and kept MA YING up through the game. But Otto’s basket at the buzzer was the most important which gave the 1st Runner-Up last year a 37-35 victory, only the third time this season.

Otto had 13 for the game and added eight rebounds. He was 5-for-10 at the line, including both down the stretch that could have put the game up by four or five points. That allowed a final chance for Photons to tie the game, which they did.

Grabbing the rebound of the second miss by Otto, Photons quickly move the ball to the front court and Ho Tung Yin (PHO #11) grabbed the pass from near the wing and faked. As Danny Ho (MAy #9) fly over him, Toni, who had only attempted once in the game, put up his second attempt from beyond the arc and the ball swished through the net.

MA YING started the game by a 5-to-nothing run before the unbeaten Photons came close at 5-4 in the middle of the first period. But MA YING kept them from at least a five-point distance until near the end of the third period. MA YING led as many as nine points before halftime.

Danny scored five points for MA YING and had a game-high eleven boards, tying his personal best. MA YING had an overall 37-26 advantage on the glass.

It marks the first time for Ivan Shiu (MAY #4) to play against his former team. The forward played 15 games for Photons before starting MA YING as a new team in 2010.

Mok needs one more game to qualify for ranking in scoring leader. He is averaging 15 points and atop of Tabo Chak, who is second with 14.7 points in six games.