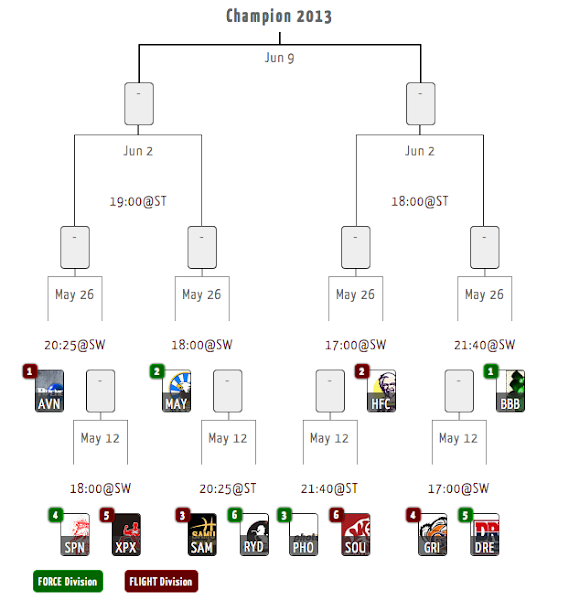 All division games finished on April 28, and the play-offs will come two weeks later. The first round will begin by GRIZZ (FL4) facing Dream Team (FO5) and followed by Spartans (FO4) versus The Expendables X (FL5). SAMURAI (FL3) will meet Ryders (FO6) before Photons (FO3) and SOUTHORN Tigers (FL6) conclude May 12.

The second seed H.F.C. and defending champion MA YING will wait for the result of PHO-SOU and SAM-RYD respectively. The division top teams in Avengers and B.B.B. will also wait for the first round result and the four upper-seeded teams will play on May 26 at Sheung Wan Sports Centre.

Tabo Chak (HFC #92) is still recovering from his ankle injury and did not play in the overtime loss to Avengers. Leung Sai Man (AVN #7) also missed this game. Tabo will need another game to reach the 700-point mark.

Mok Chung Ming (MAY #11) will miss the remainder of the season due to wrist injury he suffered when he played for another team.

We are sorry that, due to court limitation, the first two games held at Sheung Wan Sports Centre will be arranged sharp at 17:00 and 18:00 respectively. The other two games of the day will still have full pre-game warm-ups as usual.