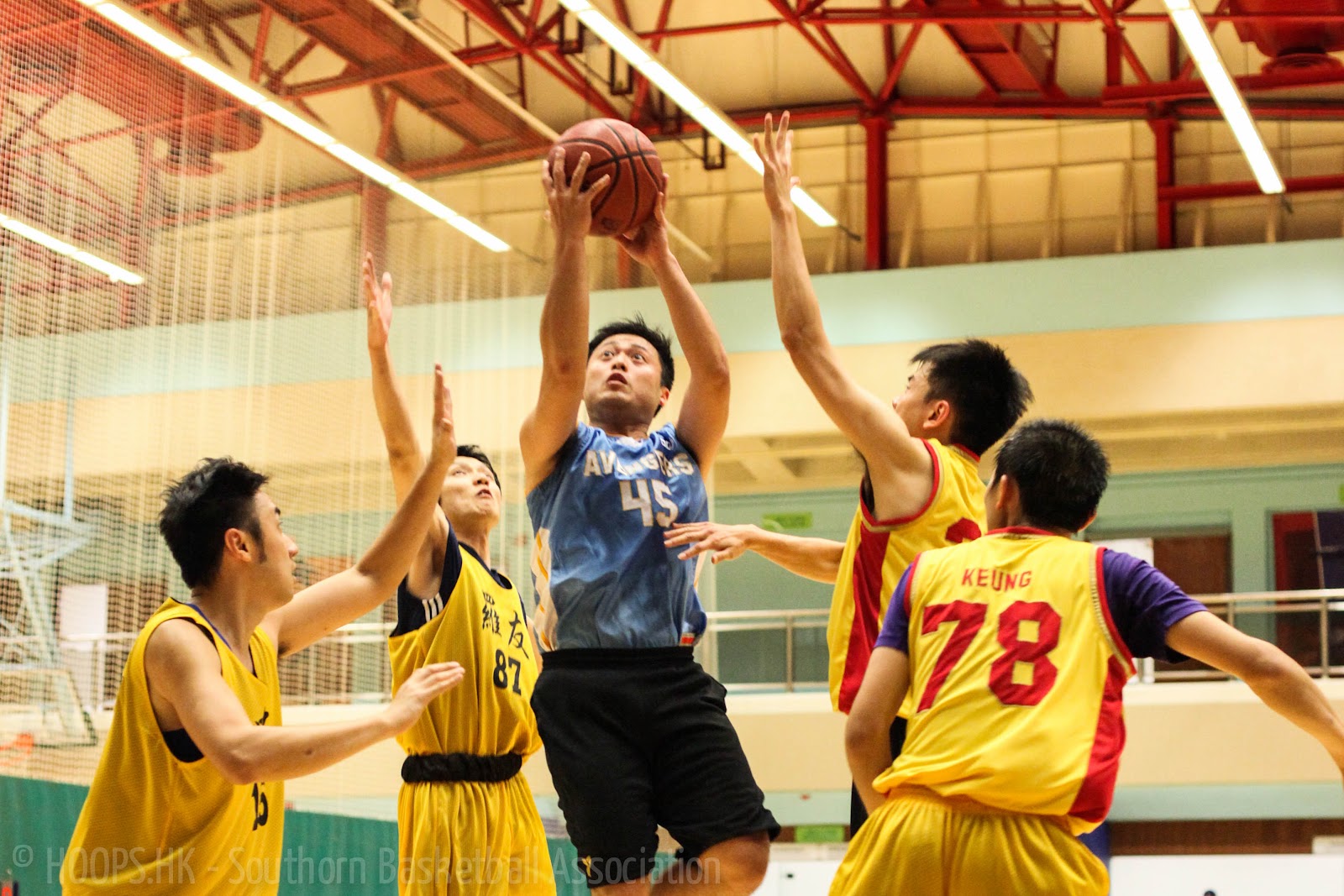 MVP: The TEAM. Yung Huen Ling scored a team-high 15 points but next to nothing other than points, the guy is in the above picture only because this photo is nice, Leung Sai Man has only two points (but dished five times), the tallest Avengers was scoreless and Jerry Lee did not score in the final period. Still, they stretched their 2013 winning streak to seven now.

Play with one ACL: Wan Kong (SPN #5) fixed his torn ACL in February and started the game on Sunday. On only one knee, he finished the game with two points, one steal and assist apiece. Welcome back.