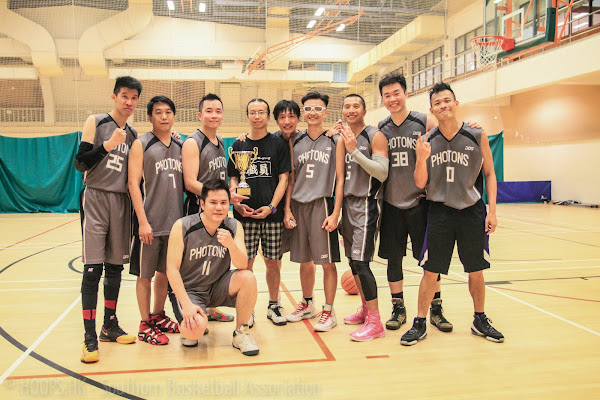 Photons handed EMPEROR their first loss this year in the most important game of the League season and become the champion 2014.

Entering Sunday unbeaten, EMPEROR scored the first basket of the game but Photons keep it close throughout the first period and concluded the first ten minutes by an one-point lead.

Mid-way through the second, Albert Li (PHO #25) made two free throws to put Photons up 14-9 before both teams entered their respective scoring drought which last until half-time.

Lok See Chung (PHO #38) started the second half by a three-point play, which gave Photons an eight-point lead before Chow Man Chun (EMP #26) cut it to five with his three-point basket. It was his lone field goal as he misses ten of eleven shots in this game. The game then resumed to the “hard-to-score” atmosphere when it looks like nobody could ever put the ball in the basket and hesitations, misses and turnovers are everywhere.

With a five-point lead into the 4th, Photons have not let the lead to slip away, but EMPEROR kept the biggest margin within two possessions the rest of the game.

With nine seconds left, a three-point basket plus a foul drawn by Kevin Tsoi (EMP #11) has put the team bench and the crowd on their feet, but after he was rewarded by the screams and cheers, he missed the and-one free throw while the comeback hope is still as thin as EMPEROR was still down 31-33.

Harris Wong (PHO #24) was fouled and misses both free throws with four seconds left, EMPEROR got the final rebound but failed to have a final attempt and saw their first loss of the League in the last game of the season.