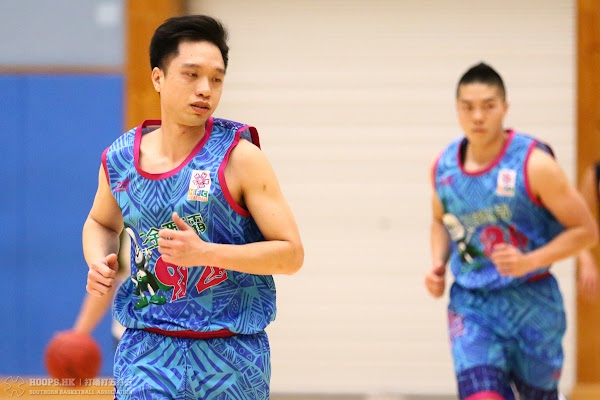 The League is now almost ten years old, and the statistical numbers have accumulated so much, while we may never say we are really professional statisticians, but at least besides fouls, points is the single most consistent and accurate statistics among all others.

H.F.C. leader Tabo Chak (#92) is one of the players who played the longest time in HOOPS.HK. He has played 83 games in Southorn Basketball League* and averaged 11.4 points per game, that is equal to a total of 949 points and in other words, he needs 51 more points to become the first player who reach four-digit scoring.

He could have a chance to reach that milestone this season: H.F.C. could play four more games if they could win in their next three games and advances to the SBL Final 2016. If he could have four more games to play before the end of SBL this year, and if he could maintain his scoring average, the projected points to be scored would be 45.6. Therefore, if he is going to have some better scoring effort with some victories by the team, the first 1000-point player** could arrive right at the 10-year-old birthday of Southorn Basketball Association.

* Only League games are counted, i.e. no games from Flag or Original Four were considered on the list of this post.

** A twist could be defined if Flag games are counted as HFC played in Flag for one year and Tabo Chak had the grand total of 977 points in 87 games. 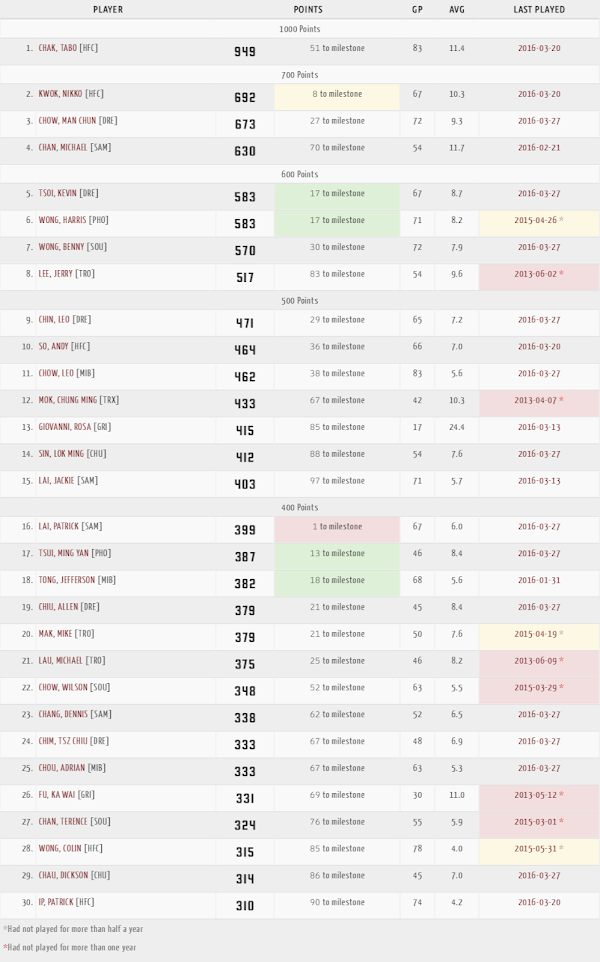