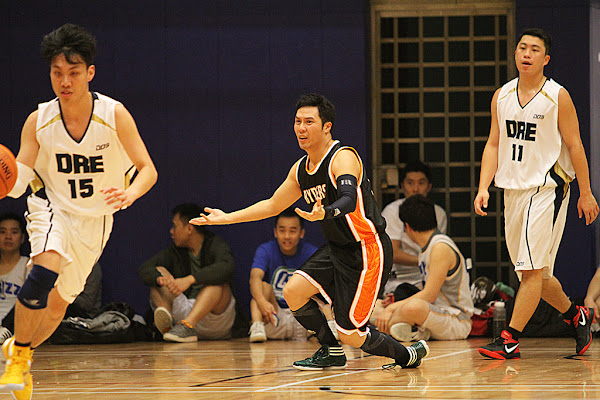 Ching Sing (4-0) remain unbeaten with four games in their pocket after Wan Kong’s final basket through the net was ruled after game end. Spartans (1-2) had 12 points from Chan Tik Kei, Wan Kong, who made the final basket after the buzzer, and Chan Kar Wai each added six. Mok Wai Yip led Chung Sing with a game-high 13 points and Sin Lok Ming added eight. [ Video ]

Dream Team (2-2) handed Ryders (0-4)  their 4th losses in a row and improved to two wins and losses apiece for the second spot in division. Tsoi Chun Hong had a double-double with 11 rebounds and led all players in the game with 15 points, Chiu Ka Wai had 11 points despite 5-for-20 from the field. Chow Man Chun added a season-high seven points. 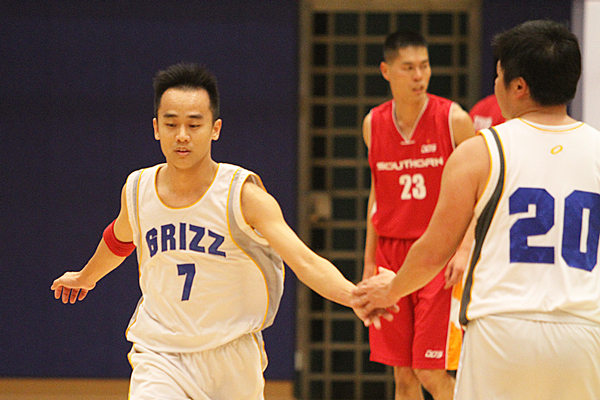 Tigers (0-3), the only other win-less team in the league, is still suffering in their slump after a third straight loss on Sunday to GRIZZ (2-1), which won their first game of the season in the 37-25 victory. Nobody scored over eight points in the game.

Former Trojans Mike Mak played for his Tigers this year and scored two points on 1-7 shooting in his season debut.

Photons (3-0) spoiled Michael Chan‘s milestone and won their third game of the year, after beating SAMURAI 48-39 to remain one of the only two unbeaten teams. Michael scored his first basket in the game to accumulate 499 points in the League and became the second player to join the 500-point club in the second period after he drove to the basket for the layup. He had 12 points for the evening and is second in scoring this season averaging 13.3 points in three games. Benson Kwong followed by nine points and Kenneth Chan added eight points and nine boards.

Li Man Pan, the leading scorer in the League with 15.3 per contest, scored 12 points and Tsui Ming Yan added 11 points and 14 rebounds for Photons.