No Distance Left to Run

There were no close-fights at all in the second round this season, when all games were decided by at least 16 points.

After the second round ended last Sunday at Smithfield Sports Centre, four more teams have no distance left to run in this season. Photons will face SAMURAI while Dream Team will meet MA YING on June 3 in the Semi-Finals and fight for reaching the Final on June 10. 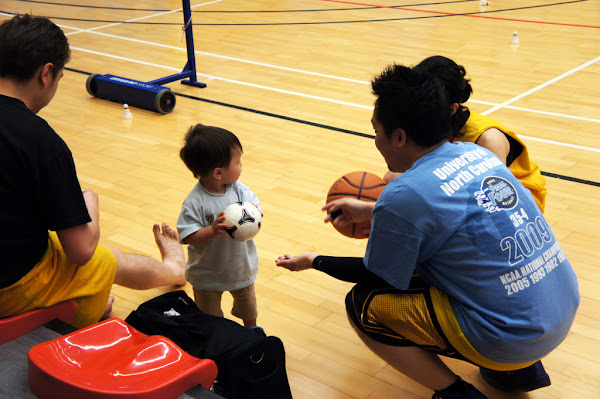 Chung Sing did won five straight games, but they ended this season with two straight losses, and the last one in the knock-out phase to SAMURAI that give them another first-play-off-game exit, also at Smithfield like last year, despite this time they were already in the second round. A scoreless second period put Chung Sing in a hole big enough for the young guns to fire, Elvin Tam (CHU #9) made the only three-point basket for his team and his five points and already was a team-high in the 17-36 loss. Michael Chan (SAM) scored a game-high 12 points to go with six boards and three steals.

Dream Team scored only half of what they did, but a re-match against Spartans gave them a same result after beating the new team again in about a month’s time and continue their way to look for a third championship.

Chow Man Chun (DRE #5) scored a game-high 14 points and it was the first time he scored in double figures since April last year. Chan Sui Yin added nine points for Dream Team, which also got six points each from Chin Seung Lung and Chiu Ka Wai, the two players who combined for 47 points in their previous match-up. Lai Ngai Fai scored a team-high 12 points for Spartans but was 3-for-17 from the floor. Wong Chau Keung added six points, eight rebounds and two assists while committed seven of the team’s 24 turnovers in this game.

H.F.C., one of the three teams that entered play-offs with only one loss prior and was in a 5-game winning streak, simply failed to win a sixth one against MA YING, which has been struggling this season but is now the only team with two play-offs victory. Tabo Chak (HFC #92) managed 15 points and shot 7-12 from the field, Nikko Kwok attempted only five times and scored only six points. Andy So was the only other H.F.C. to score, with two points.

Mok Chung Ming (MAY #11) scored 13 points and made the only two treys in this game. Danny Ho added nine points and Jonathan Poon added seven in this second game return. Ranked as a lower seeded team this season, MA YING is reaching Semi-Finals for a third straight season and can go to the Final gain should they beat Dream Team on June 10.

Photons did not look to lose a second game this season yet, beating SOUTHORN Tigers 41-24 in arguably the most one-sided game in the second round and concluded the first two rounds of play-offs as the 4th team to advance to the Semi-Finals. Harris Wong scored a game-high 16 points and Tsui Ming Yan grabbed 13 boards for the team finally with a new uniform (in grey). Adrian Chou (SOU #34), one of the first-generation players who joined the League as an M.I.B., grabbed 13 boards in this outing and made him the first player to top the 300-rebound mark.