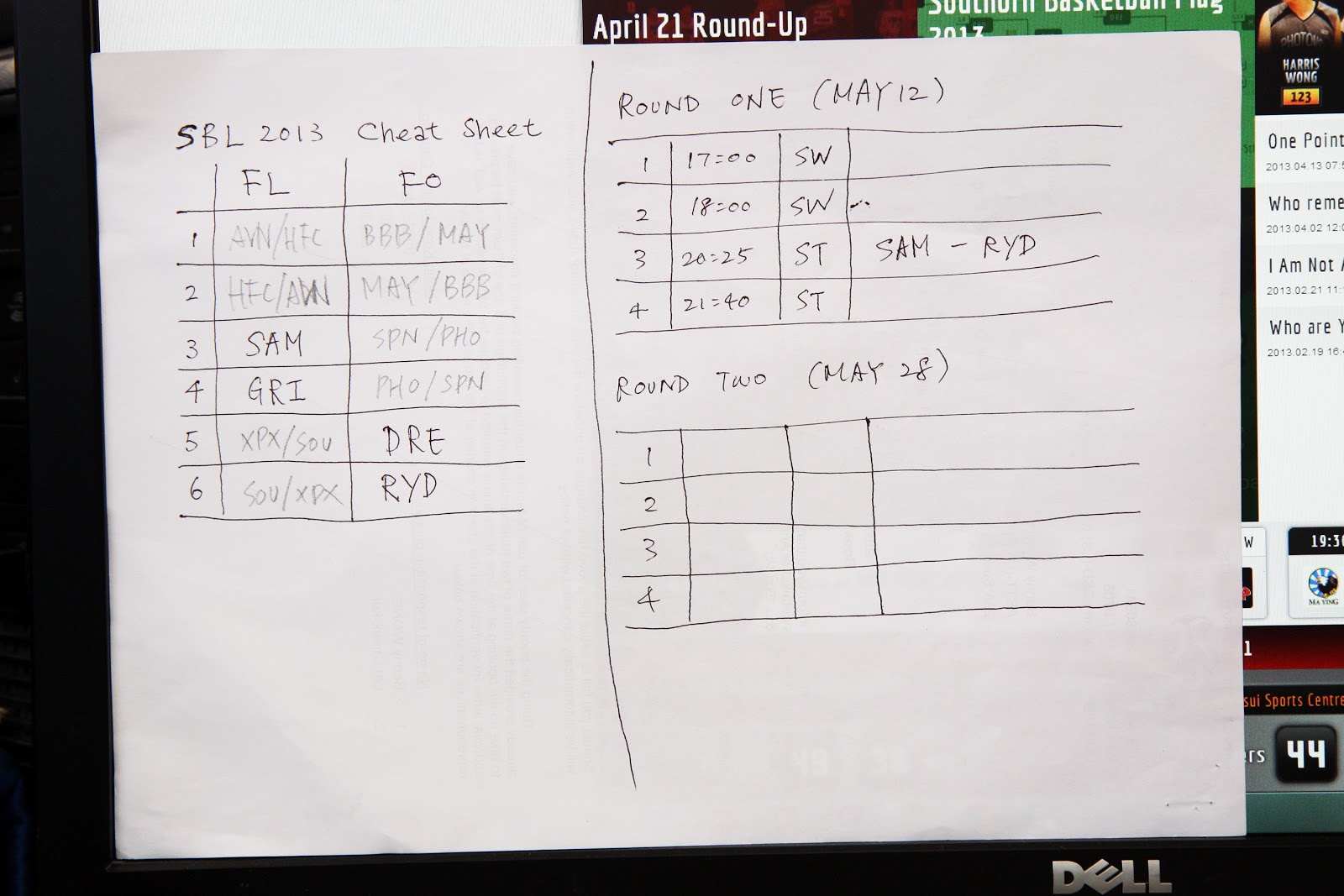 While four teams already finished their six division games, the eight teams from the rest of the League still need this Sunday for the final ranking.

H.F.C. (5-0) and Avengers (5-0) were both unbeaten in FLIGHT Division and this very final game in the division stage will determine which team can enter play-offs as a higher-seeded team. If Tabo Chak (HFC #92) is able to take the floor after an ankle injury suffered in last game, the first point he scored in this game will be the 700th point and he will be the first player in Southorn Basketball League to reach this plateau.

On the other hand, MA YING (4-1), the defending champion, will try to hand B.B.B. (5-0) their first loss of the season and a win in this match-up will put MA YING as the top team in FORCE Division.

GRIZZ and Dream Team, both finished only 2-4 in their division  are set to face in the first-round play-offs and SAMURAI (3-3) is also set to meet Ryders on May 12.