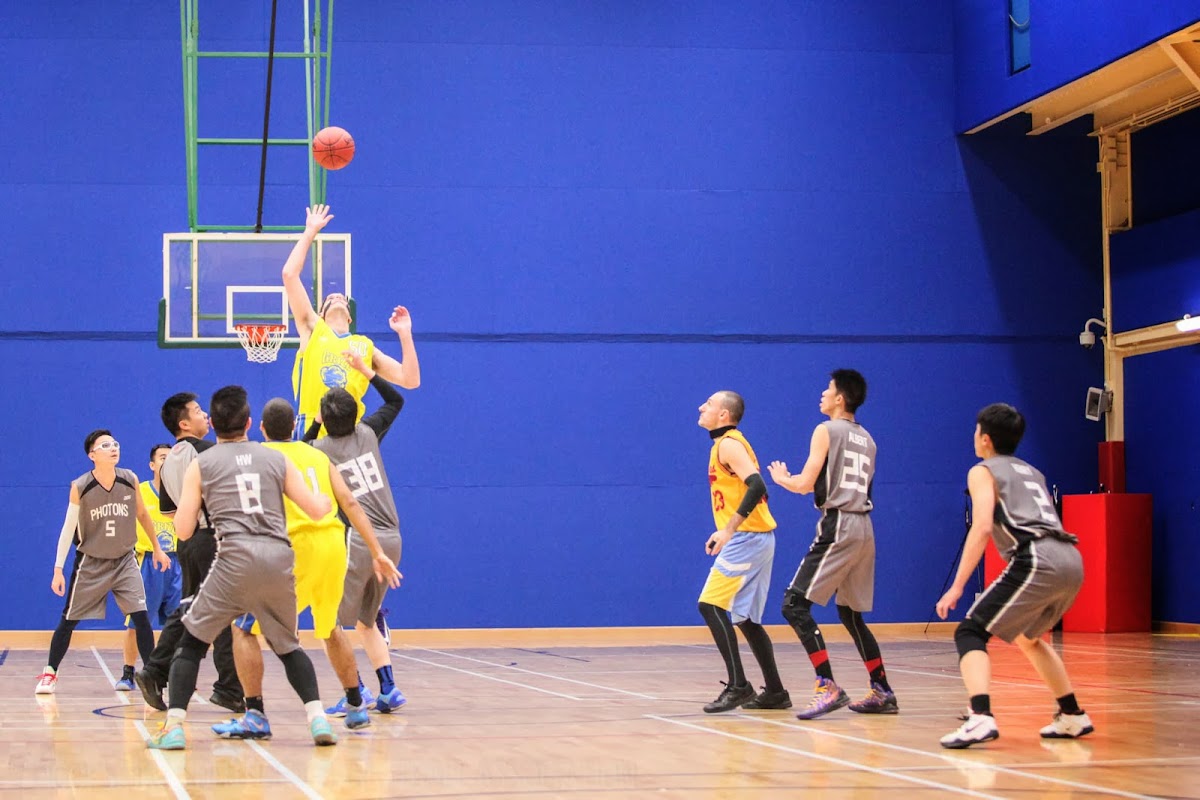 Tip Off! The League began in the busy two-week span right before the break for the Chinese New Year. Here is the January round-up.

H.F.C. turned a 14-point deficit to a 15-point victory in the first SBL game this year behind 20 points from Andy So (HFC #14), who matched the league record he hold with six three-point baskets. Leo Yeung (SPC #11) scored a 10 points and rebounds apiece with a double-double for new team SP99, which was outscored 4-18 in the 4th period. 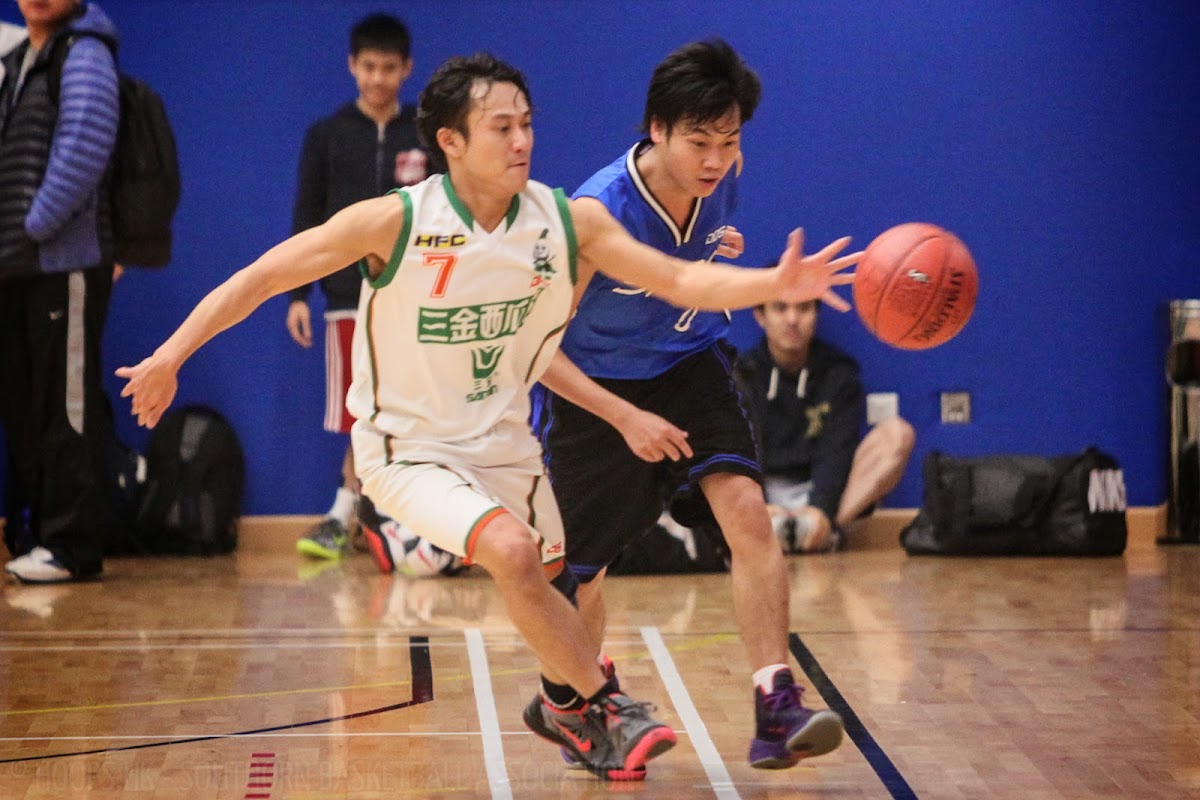 However, H.F.C. followed by turning a 17-point advantage to nothing as they collapsed and lost in overtime against EMPEROR, who were younger and deeper. Four EMPERORs scored in double figures and the team out-rebounded HFC 37-19. EMPEROR beat H.F.C. 55-48 and won two straight.

Tsui Ming Yan (PHO #10) scored 12 points and nine rebounds for Photons, but the Flag winner 2013 got only two bench points against their opponent’s 18 from reserves. Train, a new team under the same coach of Trojans and Avengers with some players from the teams. Train collected 13 points from Ho Tsz Hin (TRN #15) and Leung Sai Man (TRN #7) had five points, four rebounds and four assists and won their season debut 36-31. 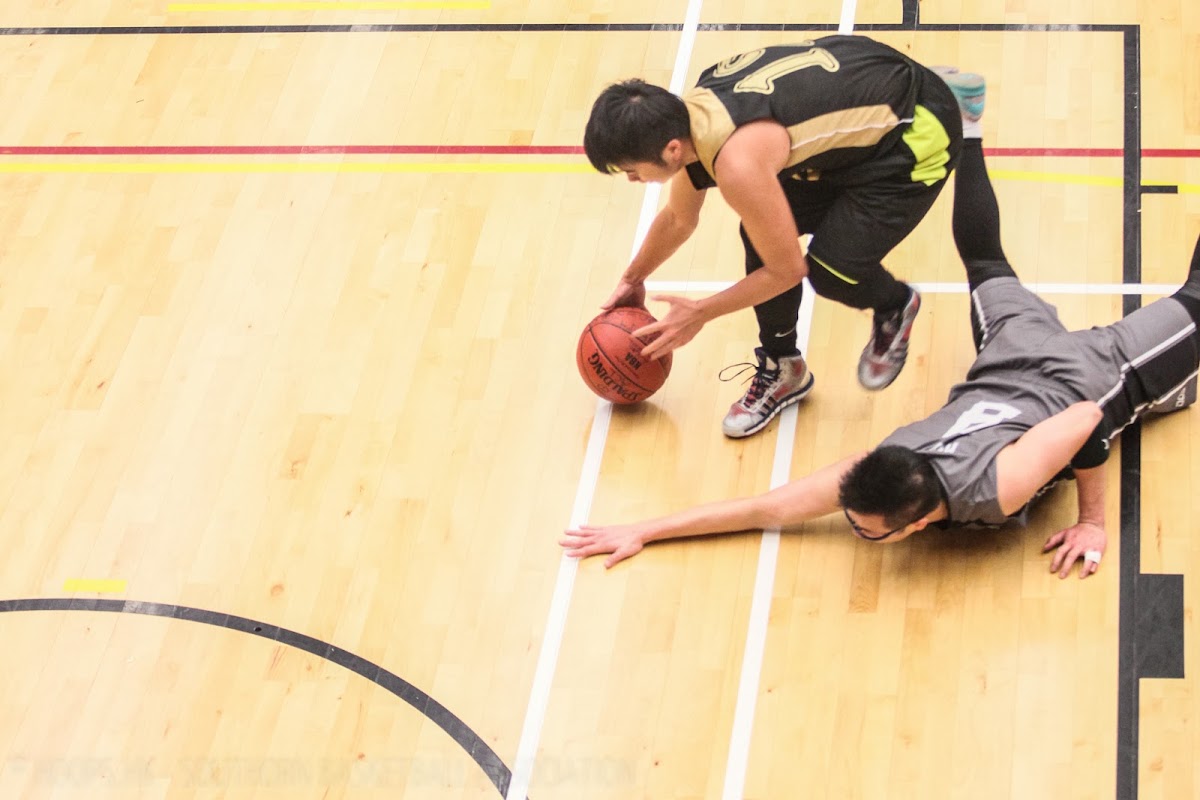 Photons was short-handed in their second game but nearly erased a 13-point deficit in the final period. The 6-men Photons had Harris Wong (PHO #8) fouled out early in the final period, leaving Photons to play with exactly five players the rest of the game. Gionvanni Rosa (GRI #91) poured 20 points and grabbed a game-high 13 rebounds before foul out. Paul Harchik (GRI #55) made three three-pointers and shot 8-16 from the field for a game-high 21 points in the 48-45 victory. 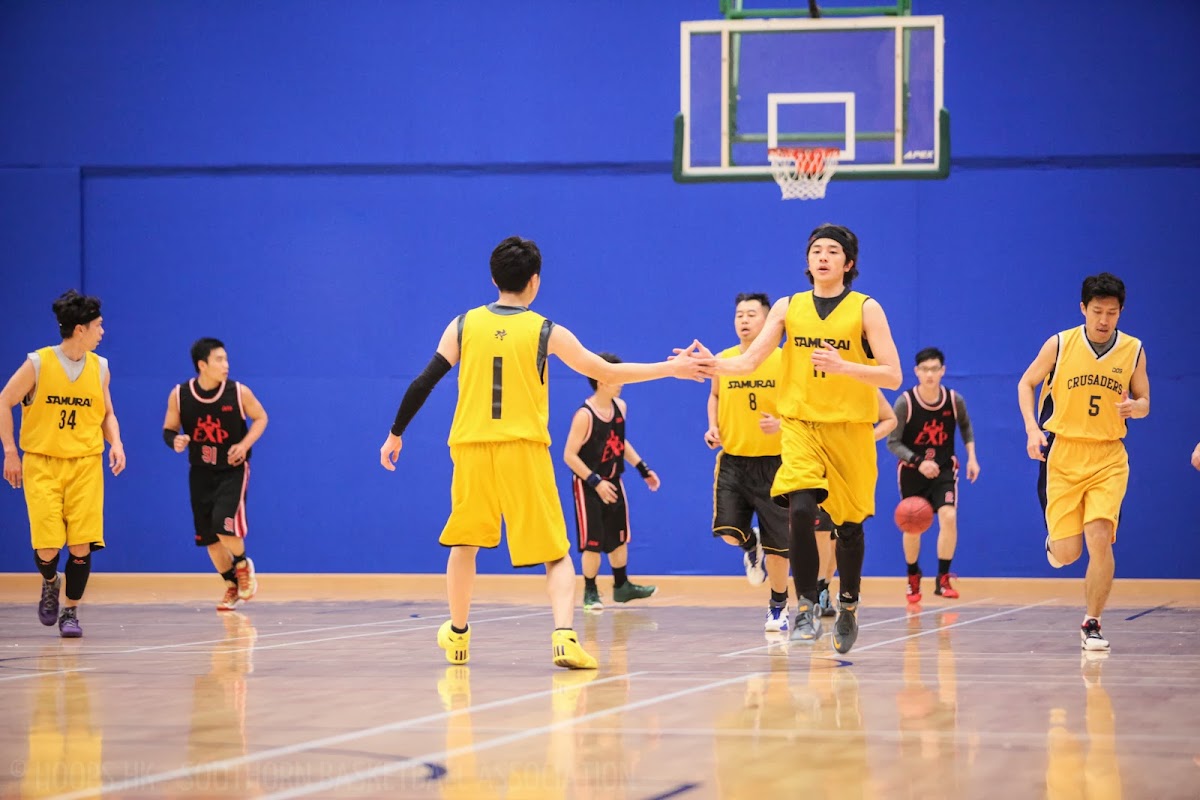 XPX was trailing through out their second game when the face SAMURAI, who extended the lead to 13 points early in the final period in their season debut. The cushion made SAMURAI felt loose as they slowly allowed their opponents to climb back in the game. Ken Yuen (XPX #8) scored 10 straight team points with two treys in a 10-2 run before foul out, Jonathan Pok made a free throw which cut the deficit to only three points near the end of the game but the comeback fell short in this 36-40 loss.

SOUTHORN Tigers won a total three of 14 games, where two of the three wins only came from the Flag consolation. Seven tigers scored and four with at least seven points, led by a game-high 10 points by Wilson Chow (SOU #9), who played his first game since he suffered an ankle injury in February 2013. This balanced effort gave the Tigers a 46-28 victory over Mystery, the new team in Flag last year who has a scoreless bench in their season debut in the League. Albert Lung scored a team-high nine points and three other teammates scored five.

It is only two weeks into the season and still a long way to go. Happy New Year!