Who remembered the Tees?

When it was the 5th anniversary of Southorn Basketball Association, you’ve got a “T”. Does anybody remember?

We believe some of us should remember the tee shirts with one of the five major stats, namely points (PTS), rebounds (REB), assists (AST), steals (STL), blocks (BLK), on the chest, and hopefully, some of these “Five Stats Tees” are still being putting on… if they are not yet worn off.

(Yes, there were also the special edition of “TOV”…)

So, it’s now the 10th anniversary. Teams joined this year’s League are going to see something new.

Another five years has past. In this year, the 10th anniversary of Southorn Basketball Association, we thought we should have something special again in addition to playing the Final game at MacPherson Stadium. Therefore, we are going to see some “Five Positions Tees” this time, and let us still talk about which are the five (traditional) positions, in case someone doesn’t know about basketball: Point-guards (PG), shooting-guards (SG), small-forward (SF), power-forward (PF) and centre (C).

(This time, there will be the special edition of “BN” (know what is it?) tees, but they are for the league helpers only.)

Again, the picture below is, obviously, a reference only (both the tee and the man). 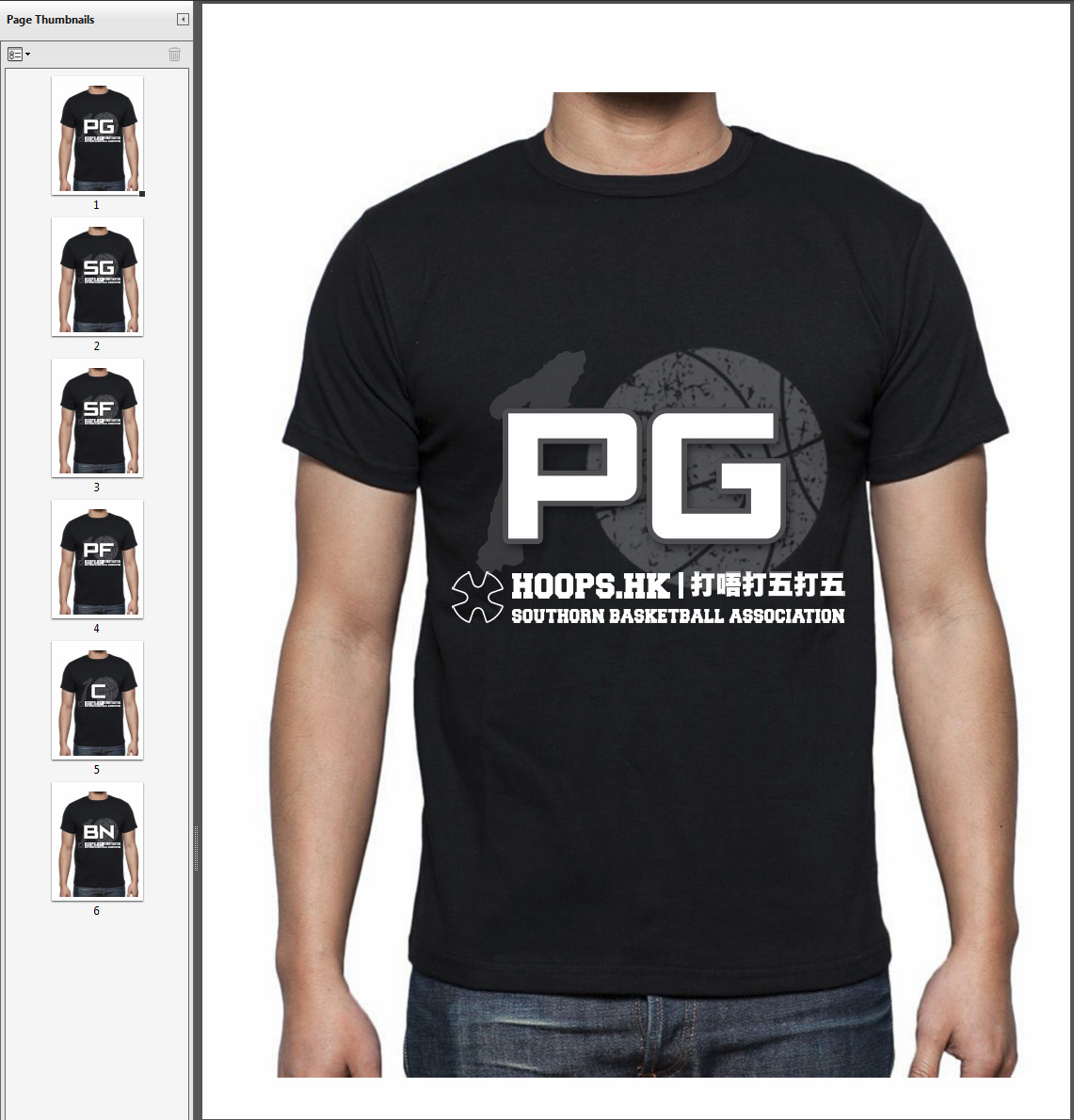 Special thanks to Irmina Ng, the designer of the tee shirts.